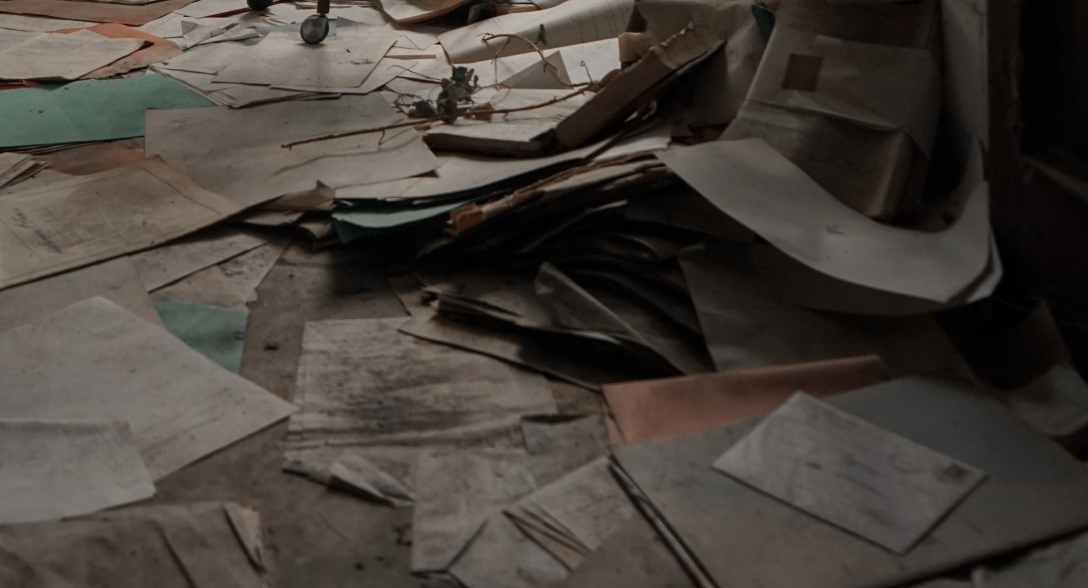 I was grateful that he ended the call, but the silence in the truck was unbearable. I wanted to be in two places at once, but couldn’t be. Mom was safe and with people who would help her. If I left the house unlocked, she’d be mad at me. I was certain Walter wanted to go back home.

I put Betsy into reverse and immediately heard a thump on the tailgate followed by a shout. “Look where you’re going.” The man continued jawing as he continued pushing a shopping cart past the truck.

Sniffing back tears, I tried again and managed to make it out of the busy lot without another incident. Out on the street, someone leaned on a horn and a driver flipped their middle finger at me. When I looked in the rearview mirror, I could see that I had run a stop sign. I pulled over to the curb to collect myself. The laptop slid into the floor with a thud; it seemed so trivial now.

I laid my head on the steering wheel and sobbed. A few minutes later, it switched to rage. Alex was a con and I wanted justice. If Cora and Gage went with him, I wouldn’t care. I wiped my eyes and worked to keep my mind on getting back to the house without any more issues.

As I pulled into the driveway, I noticed Walter sitting on the porch with a drink. The police had already left. I glanced at my reflection in the rearview mirror. My eyes were rimmed red and nose bright pink. I felt self-conscious about my appearance.

Walter was already on his feet and watching as I got out. We met halfway in the middle of the front yard. “Is it okay if I head home?” I nodded. He added, “If you need something, I’m in that white house with the dark green trim,” he said pointing at one near in the middle of the next block. I nodded again. Walter gave me his glass and then hurried away.

The first thing I noticed when I entered the house was the broken spindle on the railing. As I shut the door, I noticed a doorknob-shaped indention in the wall. The door and door frame were free of damage.

The image of the man at the door the night before asking for Alex haunted me. Mom probably tried to keep him from coming in and lost. Maybe she hadn’t fallen down the stairs but had been pushed into them. I shook the thought away and began walking through the house. The downstairs was untouched.

The upstairs looked undamaged until I reached my room. The bookcase had been knocked over and the books scattered. Papers from inside my desk drawers covered the floor. And one of my hockey trophies had been broken. I picked up the pieces as tears stung my eyes again. It was just a trophy, but it made me think of Mom because she had insisted on keeping it. I left the pieces on the desk and ran back downstairs.

I locked up and left for the hospital.