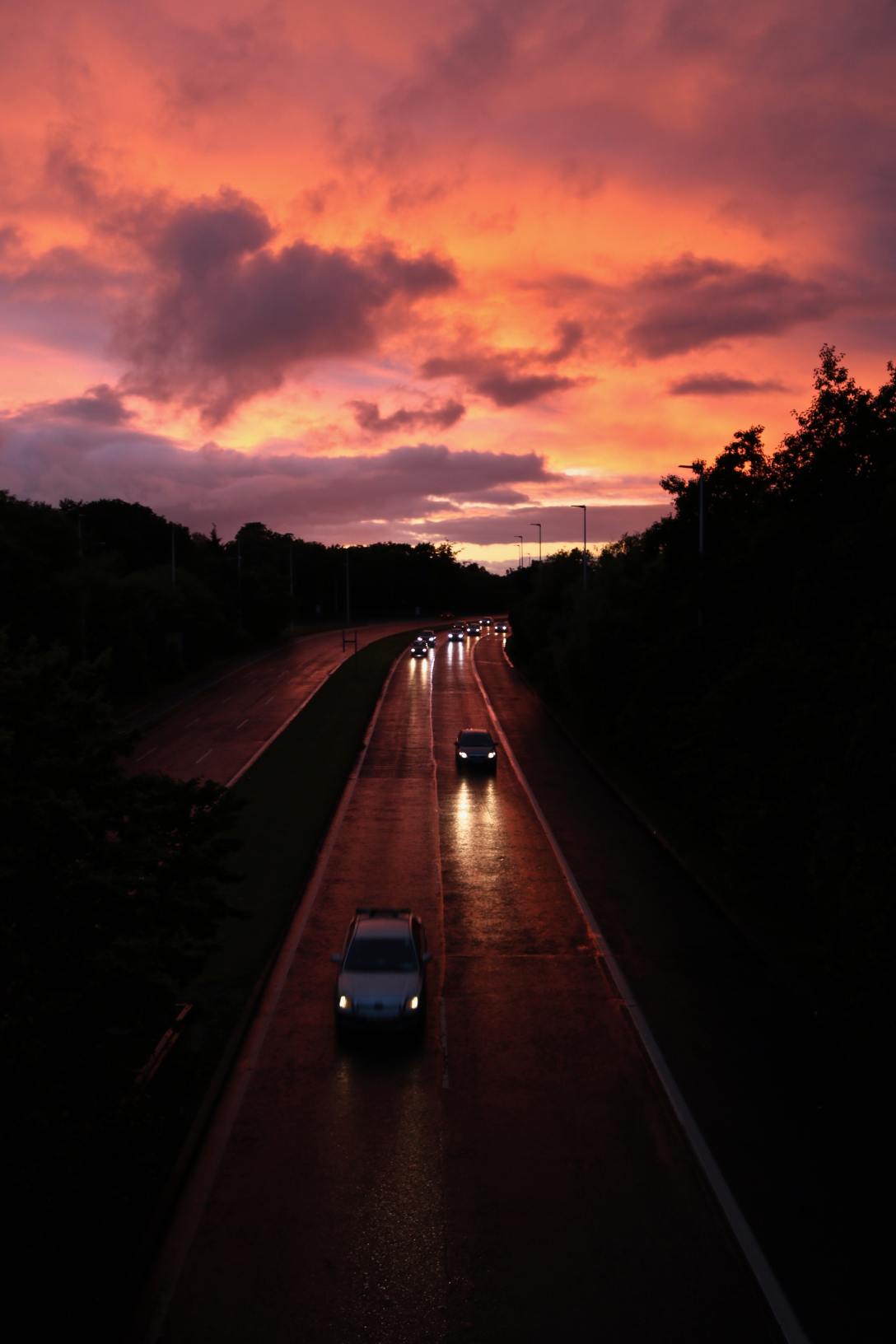 Photo by Jason Hogan on Unsplash

A hard day’s work on the retail floor had exhausted Deanna. It felt so good to slide behind the wheel of her old Toyota. “Come on, Lucille. Take me home.”

Lucille was old enough to legally drink by herself, if she were human. The original glossy, red paint had weathered to a flat, dull pink, and had a few dings and rust spots that added character. Deanna had never bothered to remove the peace symbol the former owner painted on the trunk lid, because it seemed to fit both their personalities.

Two stoplights away from the store parking lot she noticed a blue car with a grill full of led lights configured to look like shark teeth. It seemed to stalking her. Fear gripped her throat. Her ex had a car with programmable grill lights. It was difficult to see the driver in the dim twilight. What was it he said to her on that last phone message? ‘If I can’t have you, ain’t nobody gonna have you!’

Deanna goosed the gas pedal a little more and turned on to a busy highway. “Don’t let me down, girl. We gotta lose him.” She patted the dashboard as she glanced in the rear view mirror again. It was still back there.

She pushed the pedal closer to the floorboard. Lucille’s engine grumbled a complaint, but complied with the new demand. Steering in and out of the rush-hour traffic, Deanna hoped to lose the blue car.

A quick check of the mirror – still there. She pushed the pedal firmly into the floor. Lucille gave it her all – fifteen miles over the speed limit. The blue car still kept pace.

Outrunning them wasn’t possible, but maybe she could outsmart the driver. At full speed she steered on to the shoulder before slamming the brakes and slapping on the flashers. Whoosh! The blue car zoomed by.

At the next median break, it slowed and turned back the other direction. “He’s coming back for us, Lucille. Let’s get out of here!” Deanna punched the gas and rode the shoulder at full speed until traffic allowed her back onto the freeway.

She periodically glanced into the rear view mirror. After not seeing him for a few miles, she convinced herself that the ruse worked. Her racing heart returned to a more normal rhythm. “I knew you could do it, Lucille,” she said, patting the dashboard.